YA! Violence Interrupter on Ghost Guns 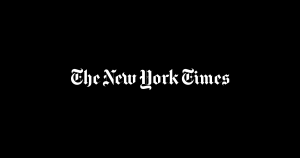 Ghost guns are untraceable firearms without serial numbers, put together from parts acquired separately. They are an increasing problem on the streets of our cities, including in Oakland, and in The New York Times has been investigating their evolution and impact in a series of articles. In a recent story, they checked-in with Youth ALIVE! Violence Interrupter Antoine Towers about what he is seeing on the streets of Oakland. From the article:

Community leaders in some of the state’s violence-plagued urban neighborhoods have been sounding the alarm for the last couple of years, as teenagers snap up homemade guns for protection, or as emblems of toughness.

Brian Muhammad, who works with at-risk young people in Stockton, said he recently asked a group of teenagers where they got their guns. “Did you drive to Vegas?” he asked, referring to Nevada’s looser gun laws. They looked at him as if he were crazy.

“Who would do that?” one of them replied. “You order them in pieces using your phone.”

In Oakland, a 17-year-old boy recently decided to arm himself after falling out with a friend who had a gun. He matter-of-factly described the process of assembling a ghost gun, munching on potato chips during an interview in his living room.

For weeks, the boy, whose name is being withheld at his family’s request, surfed websites and collected about $750 in parts from online retailers and private sellers. After some trial and error (one part did not fit the gun’s lower section), he built a working imitation Glock using how-to videos.

He said he also had guidance from several friends — who had built guns as “a good way to pass the time when you’re stuck at home” during the pandemic.

guns New York Times Violence Interrupters YA in the news