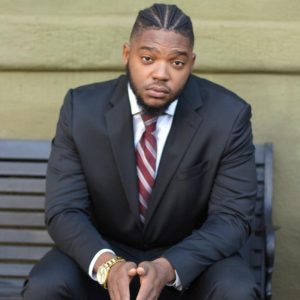 As a member of our Teens on Target staff, Josh Rogers teaches high school students in East Oakland to be civic leaders, to be role models, to be safe. He helps them understand the effects of trauma on their lives and minds, and helps them create positive change in their city. He’s a personal mentor to teens growing up in one of Oakland’s neighborhoods hardest hit by generations of gun violence. Like staff in all Youth ALIVE! programs, Josh grew up in a neighborhood beset by risk, violence and gangs, only his was in the South Bronx. Also like so many of us, he lost friends to the gun.

“People I’ve lost,” he says, “they would have been ten times better than me. Now they are my angels and I keep going, I do this work, to honor them.”

Josh’s mom encouraged him to take up martial arts, including Tang Soo Do Karate when he was 10. He says it gave him much more than a way to protect himself on the streets. “Those experiences gave me necessary insights on how to interact with people that I use to this day,” says Josh. “I’d honestly say that martial arts saved my life because I learned how to fight both inside the gym and outside as well.” A later Tang Soo Karate teaching job also gave Josh his first experience helping young people learn to handle conflict.

Josh’s mom is an avid reader and she turned her son into one too. He graduated from St. John’s University in Queens with a degree in Legal Studies. He came to Oakland in 2019 as part of a teaching fellowship, but City budget cuts eliminated his position. So he spent time volunteering at Catholic Charities of the East Bay, one of Youth ALIVE!’s  partner agencies, where he heard about the educator position in Teens on Target.

Josh says it wasn’t until he started teaching the TNT curriculum that he began to see how his South Bronx youth wasn’t necessarily normal. It’s often the same with young people in certain Oakland neighborhoods, for whom the frequent violence and bloodshed they see around them is just the way it is, life, normal. It’s only when they get into TNT, where they get to tell their stories and hear from others, where they develop new and positive relationships, that they begin to understand life doesn’t have to be that way, that life shouldn’t be that way, and that they themselves can do something about it.

“I was learning alongside my kids,” Josh says.

TNT is a space that allows us to have conversations with kids who really need it. It’s hard to see his TNT kids suffering from the loss of friends, to see them break down sometimes and cry. But seeing that only increases his determination to have an impact on as may Oakland youth as possible. That’s what keeps him coming back every day.