Rest in Power, Rest in Peace, Rest in Love – 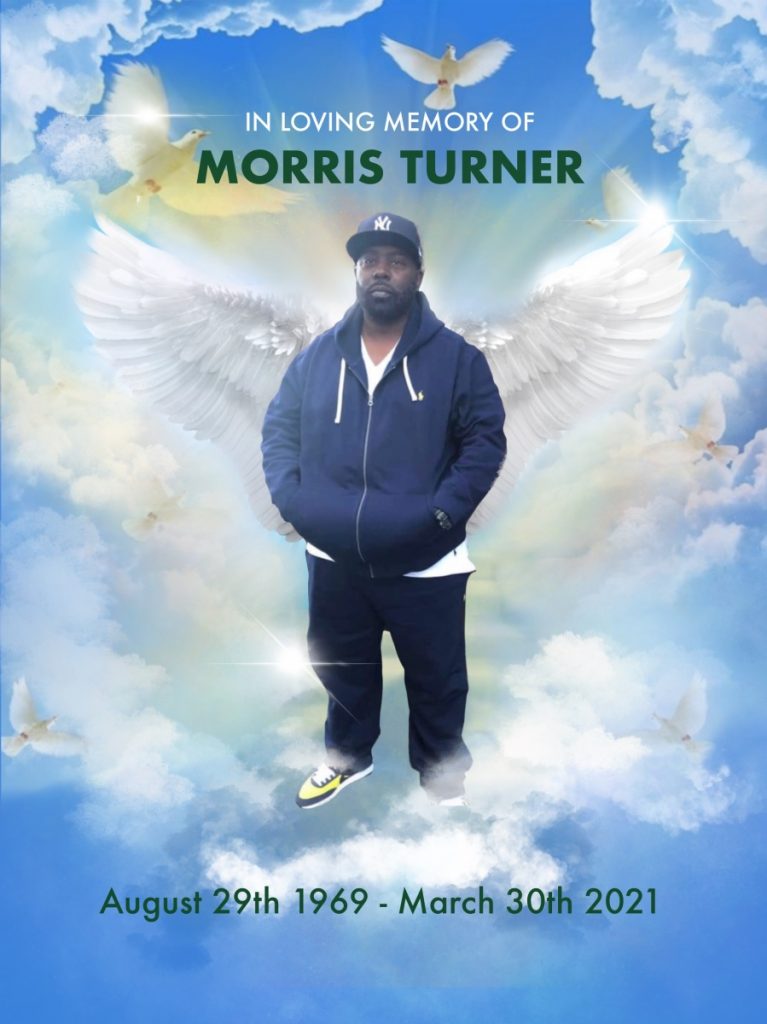 Violence Interrupter Morris Turner had Oakland in his bones. Born and raised in Brookfield Village, middle school at James Madison, high school at Castlemont. At Youth ALIVE!, his main focus was to increase the peace in Deep East Oakland. Morris worked for a time in construction, in home care, but the streets of the Town were calling. He admitted to causing trouble when he was young. But he was called for something different. For peace. For communication. “I’d been wanting to give back,” he said.

Youth ALIVE!’s violence interrupters step in after a shooting or homicide to prevent the violence from continuing, or escalating. They mediate potentially violent, or already violent, conflicts between individuals, groups and gangs. They save lives. It’s dangerous, intense work. And it takes a certain kind of person to do it. Morris was a natural problem solver. “I’ve always been the one for reasoning,” he said. “You got to give a person a chance to talk.” Morris had been deeply affected by violence in Oakland. He came from a sprawling family with deep roots here. He said he lost so many people that be became numb to it.

But that numbness didn’t last. This father of 6 boys wanted to do his part to make the streets of Oakland safe and to give young people alternatives in life, opportunities for a future. Morris said that a lot of times, when they do finally talk, guys who had been enemies find out that they have a lot in common, that they like each other. They can even become friends. Making that happen, or at least getting them to calm down and see the bigger picture, to put the guns down and think, is Morris’s job, and he embraced it. “I’m getting paid,” he said, “to do what I love.”

It is with heavy hearts full of love for our funny, kind, thoughtful and powerful brother that we hold in loving memory our colleague, Morris Turner. Rest in Power. Rest in Peace. Rest in Love.